AUTOMOTIVE PRESSURE PULSE SENSOR DIAGNOSTICS
Save this page as a PDF document
GENERAL DESCRIPTION
This sensor can be encountered under several different names but in the end it comes to the same device. Some of the most commonly used names are:
- Automotive Pressure Pulse Sensor (PPS);
- Intake manifold sensor (Датчик разряжения).

Note: Pressure Pulse Sensor (PPS) doesn’t measure the static pressure.  It can be used only to display the pressure changes. It’s a transducer that converts changes in the gas pressure to an electrical signal.

In internal combustion engines during normal operation, pulsating pressure waves are generated in various car systems. All engines produce such waves and their shape can be predicted. Any change in the shape or asymmetry of these pulses, indicate an engine problem.

The Pressure Pulse Sensor is unique because it searches at pulses in engine airflow, allowing you to display “engine pulse” on standard oscilloscope. Engine analyzers tell us what the ignition system or sensors are doing, but it is difficult to see what actually happens in the engine without intrusive tests. With the Pressure Pulse Sensor it is possible to see what is dynamically occurring in your engine. You can now have a more complete picture of an engine’s performance, quickly and easily. Once you have learned to use the sensor combined with the timing chart, you will be able to observe the real-time operation the valves, cylinders, njectors and thereby find burnt valves, bad (dirty) injectors, wrong timing and other engine performance problems without major disassembly of the engine. By using the 1st cylinder for synchronization, a faulty cylinder can be determined. Engine problems will always cause a fluctuation of the waveform that extends above or below the average of the other cylinders. This is where comparative analysis of cylinders becomes important. In general the more symmetrical the waveform and distribution above and below the zero reference line, the better the condition of the engine. Pressure Pulse Sensor does not need an external power supply and it can be used with most of the modern digital storage oscilloscopes (motor testers).

* Conversion rate means how fast the input pressure is converted to an output electrical signal.

Note: Ditex Pressure Pulse Sensor (PPS) doesn’t measure the static pressure.  It can be used only to display the pressure changes. It’s a transducer that converts changes in the gas pressure to an electrical signal. 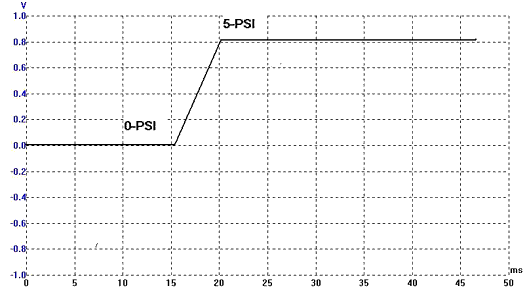 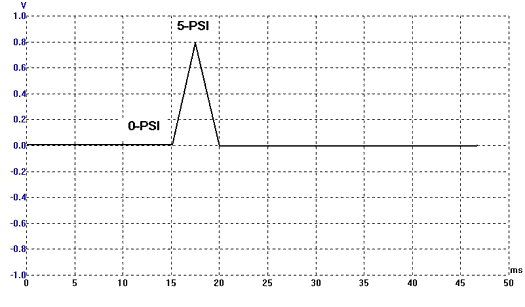 TYPICAL APPLICATION
By using the “Pressure Pulse Sensor” you can observe: 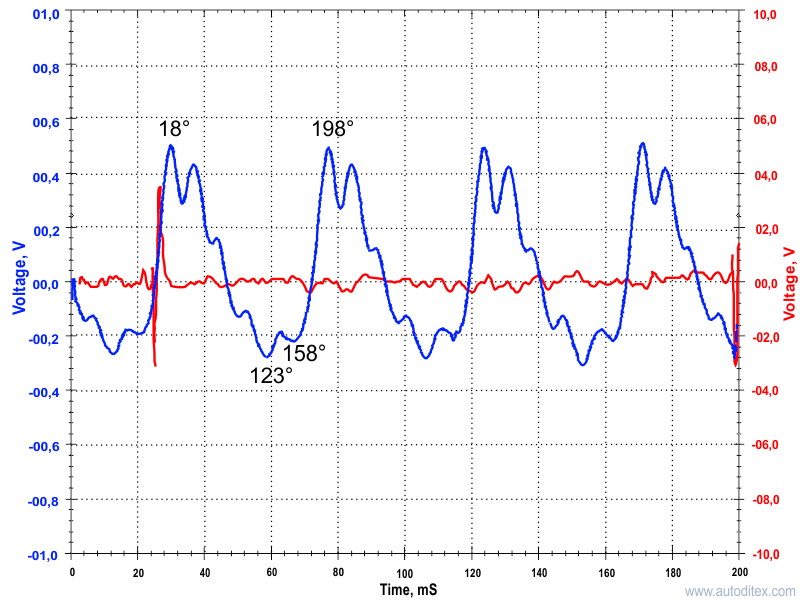 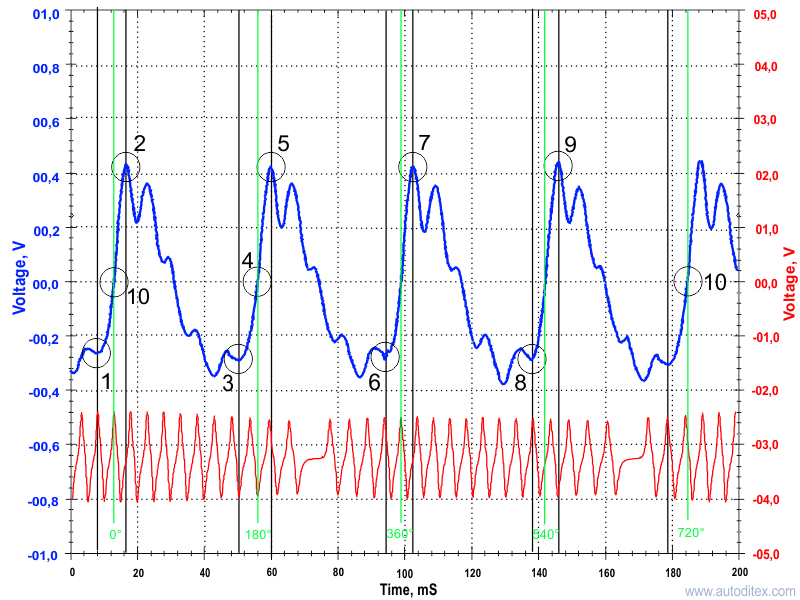 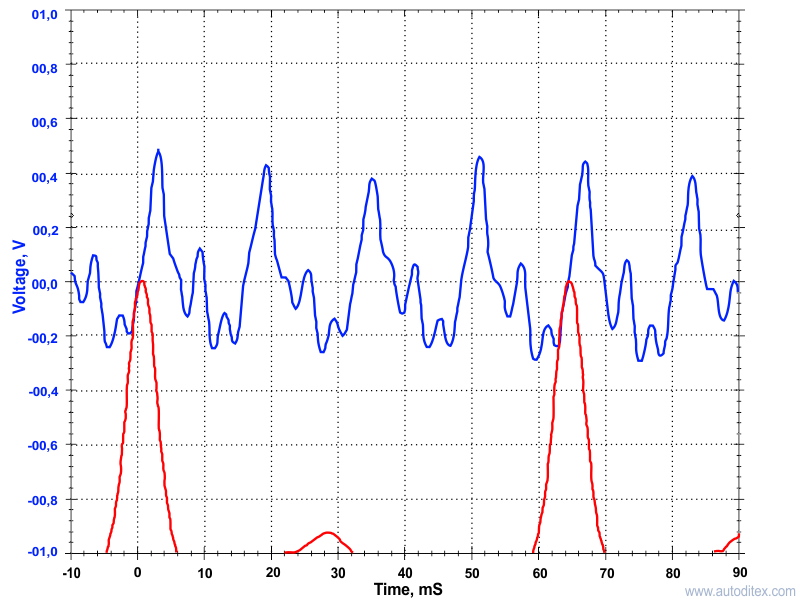 PRACTICAL EXAMPLES
Reference waveforms obtained when the sensor displays the absolute pressure pulsations of the exhaust gases and the intake manifold pulsations for properly operating engines.
Note: When cranking PPS output signal is sinusoidal and when the engine is idling, the signal is a curve. The peaks and troughs show engine mechanical condition.
Note: More detailed picture of the engine condition can be obtained only if the PPS sensor is connected to the intake manifold.
Note: Graphs depend on the car being tested and may differ. Below mentioned factors have a significant influence on the waveform: 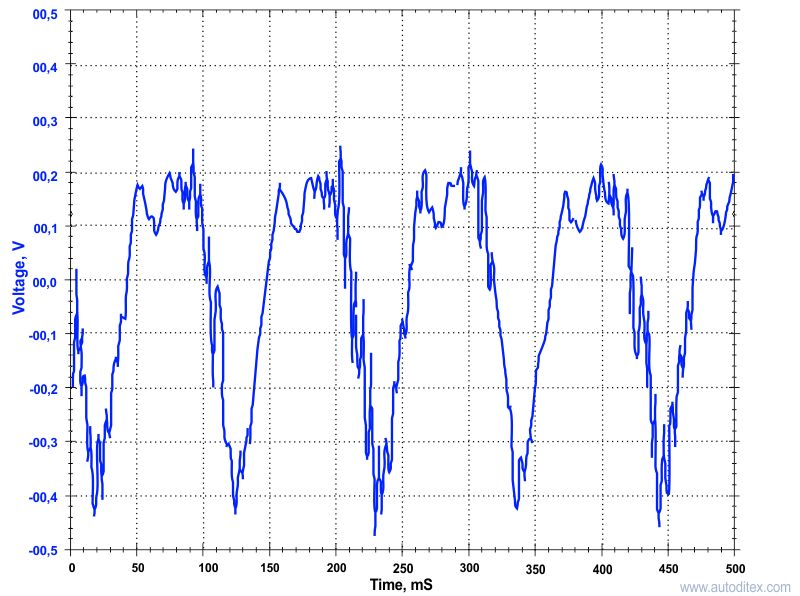 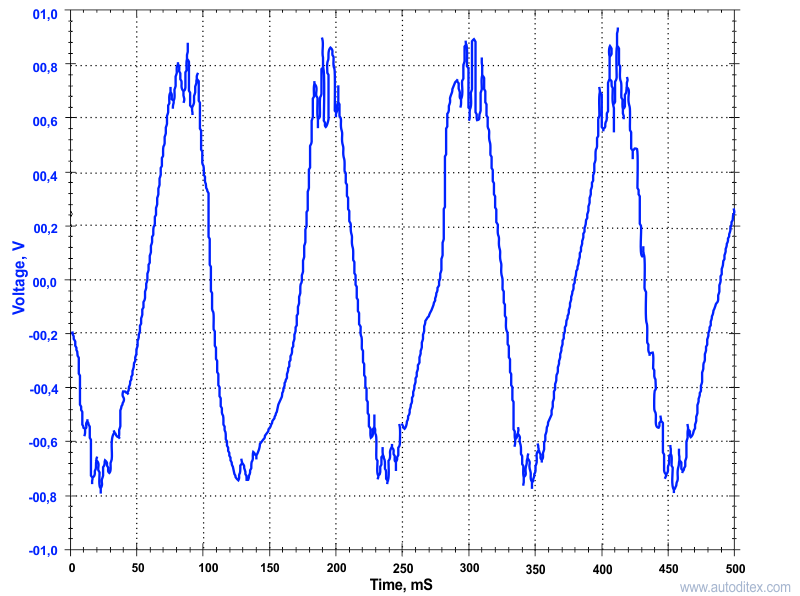 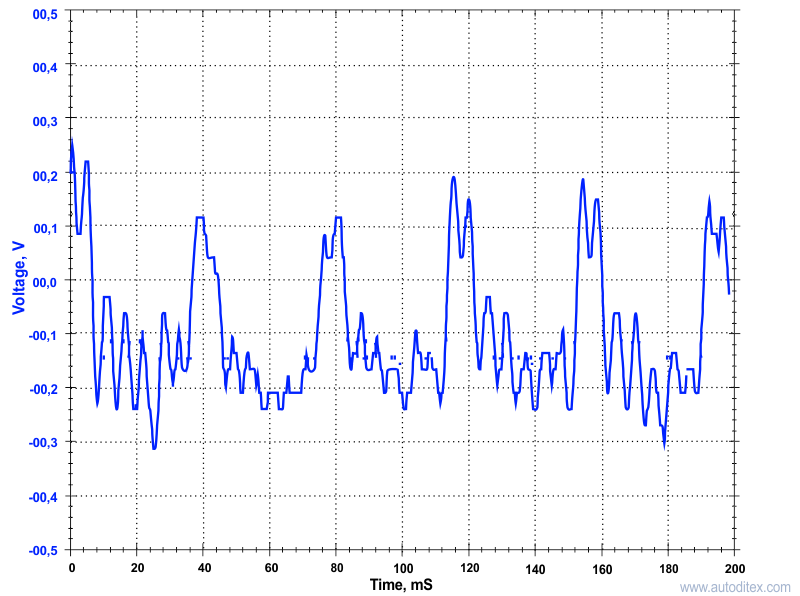 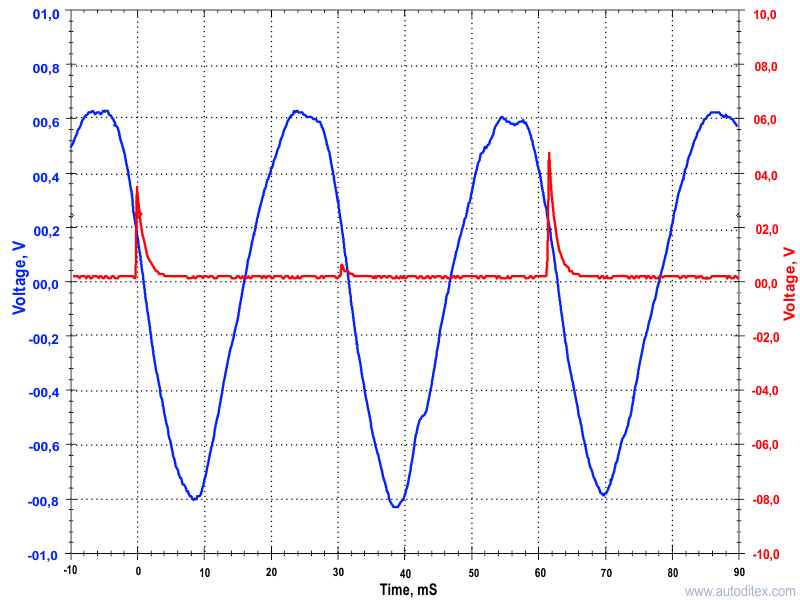 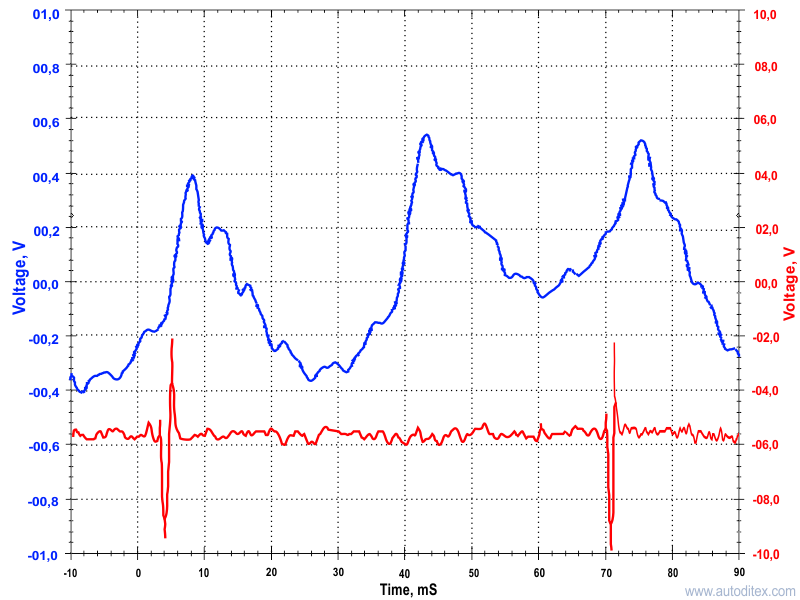 Fig.10. Graphic shows a burned valve (PPS is connected to the intake manifold) 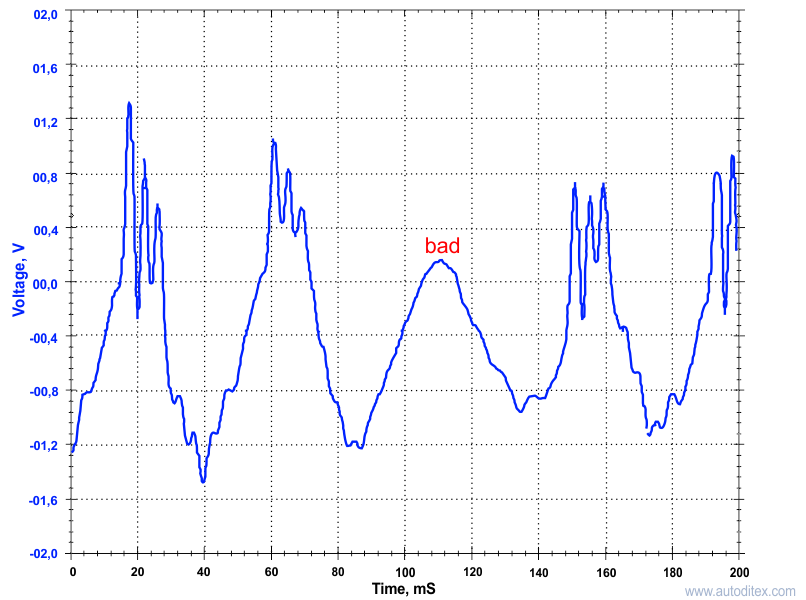 Fig.11. Bad injector on Honda Accord 2, PPS is connected to the fuel pressure regulator